Coventry Cat Group is a small local charity which has worked hard for many years. The group is dedicated to helping and caring for the welfare of abandoned and stray cats in and around Coventry, and finding them new homes: https://www.coventrycatgroup.org.uk/adoption/cats-for-adoption 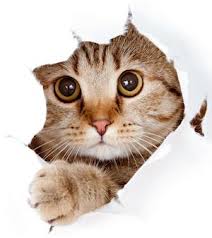 Our aim is to

We are always full, our capacity being determined by the number of fosterers we have at any given moment on top of our centre which is always at capacity. We try to reunite strays with their owners if possible by scanning for microchips, advertising on our Facebook page and contacting lost and found organisations. We have rehomed over 1,400 cats and kittens over the years. If necessary, we try to place an old cat in a charitable home for ageing and sick animals. We are a non-destruct rescue.

The original Group was formed in about 1986 by the late Mrs. Joyce Ostick. Being an  affectionate lover of all cats, Joyce wanted to form a local group under the umbrella of the national cat group, Cat Action Trust. After receiving several replies to an advert in the local paper, Joyce invited the respondents to a meeting and the Cat Action Trust (Coventry) branch was born to care for local feral cats. For some years, the group fed and cared for a number of feral cat colonies in the city and its outskirts. Caring meant trapping and neutering the cats to minimise their population growth and providing food on a daily basis. Cats found to be docile (rather than feral) were placed with fosterers until a suitable home could be found. Where feral colonies needed to be moved due to (construction) development of their living area, homes on farms, small holdings or similar were found where the cats could remain feral, be provided with food by the owner and also hunt naturally.

In about 1995, it was felt that affiliation to the national Cat Action Trust charity was no longer viable and so the group decided to become independent. The new name of Coventry Cat Group was adopted, and the new group continued to care for a mix of feral and domestic cats in the same way as before.

In 1997, after a great deal of preparation work, the group adopted a formal constitution and applied to the Charity Commission for Registered Charity status. Towards the end of that year, this status was finally granted and Coventry Cat Group became a registered charity with the number 1065043.

In 2012 we were bequeathed a house to use as a centre for our operations. Work began in 2013 and in May the first tenant (human!) moved in. August 2013 saw the completion of a row of pens that were fully occupied within two weeks. Hampered by odd weather (too wet, cold, windy then hot!), the support sheds and path were finally in use by September 2014.
In 2015 we are hoping to complete development and welcome a second tenant. We are also hoping to have the garden sorted in time to hold a second open day in the summer of 2015.

In 2017 we built a much needed isolation unit with a grant from ‘Support Adoption For Pets’ this has been invaluable in helping us continue our work.